Jokulsarlon Lagoon is a large glacial lake in southeast Iceland, on the edge of the Vatnajökull tounge of the Breiðamerkurjökull glacier.

The lake developed only about 60 years ago. Vatnajökull was at the shore line of the ocean and calving icebergs into the ocean in 1925. However , it started drifting in land rapidly every year leaving deep gorges in it’s wake, which filled with melted water. Icebergs now falling off Vatnajökull glacier’s tongue move towards the river mouth and get entrenched at the bottom. They start floating again when their size is small enough to drift to the sea. 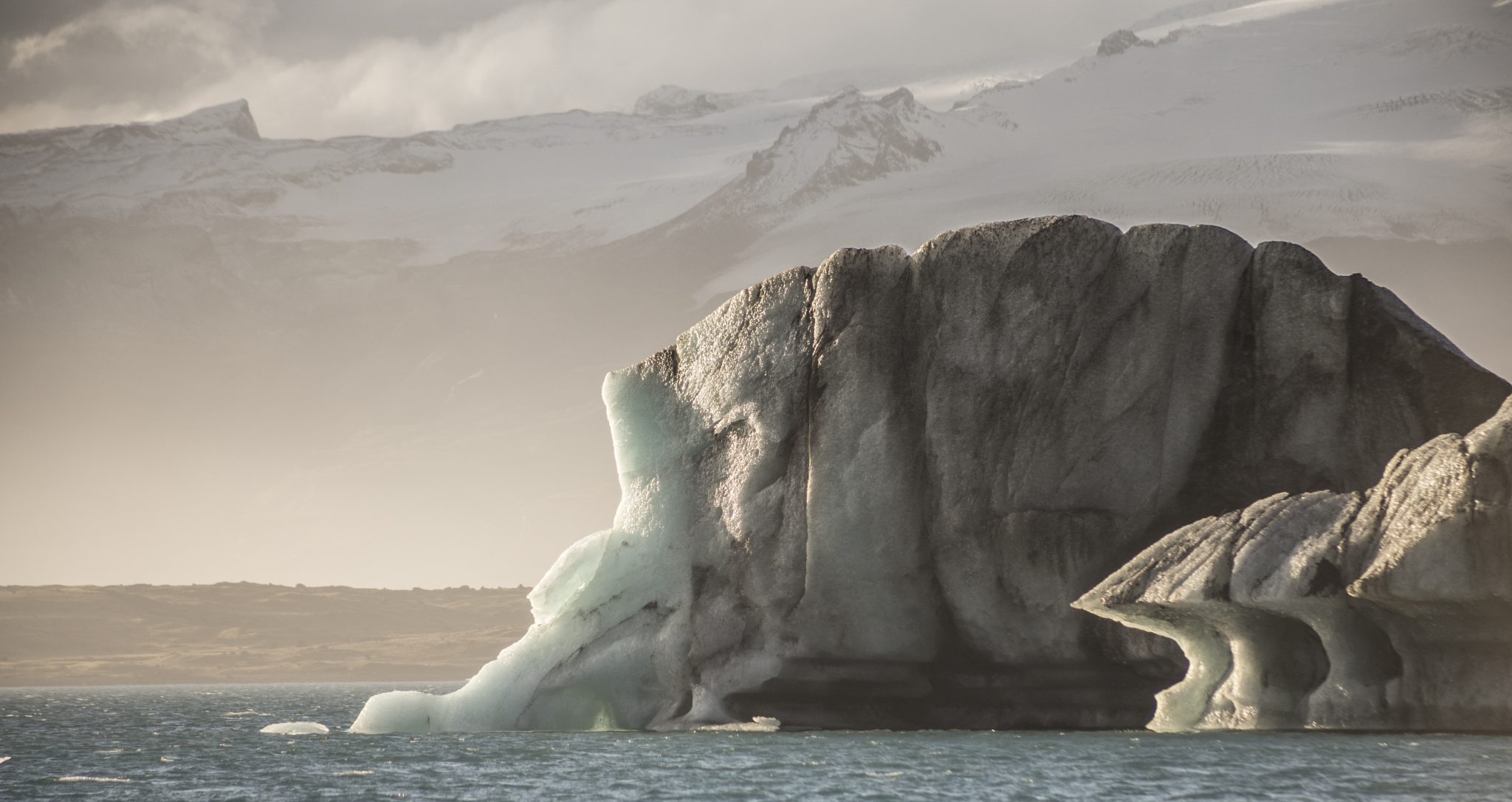 Glaciers come in blue and white depending on the amount of air trapped in the iceberg. Volcanos erupting ash periodically  creating a layer of ash on the glacier create a strata of black lines through some icebergs. 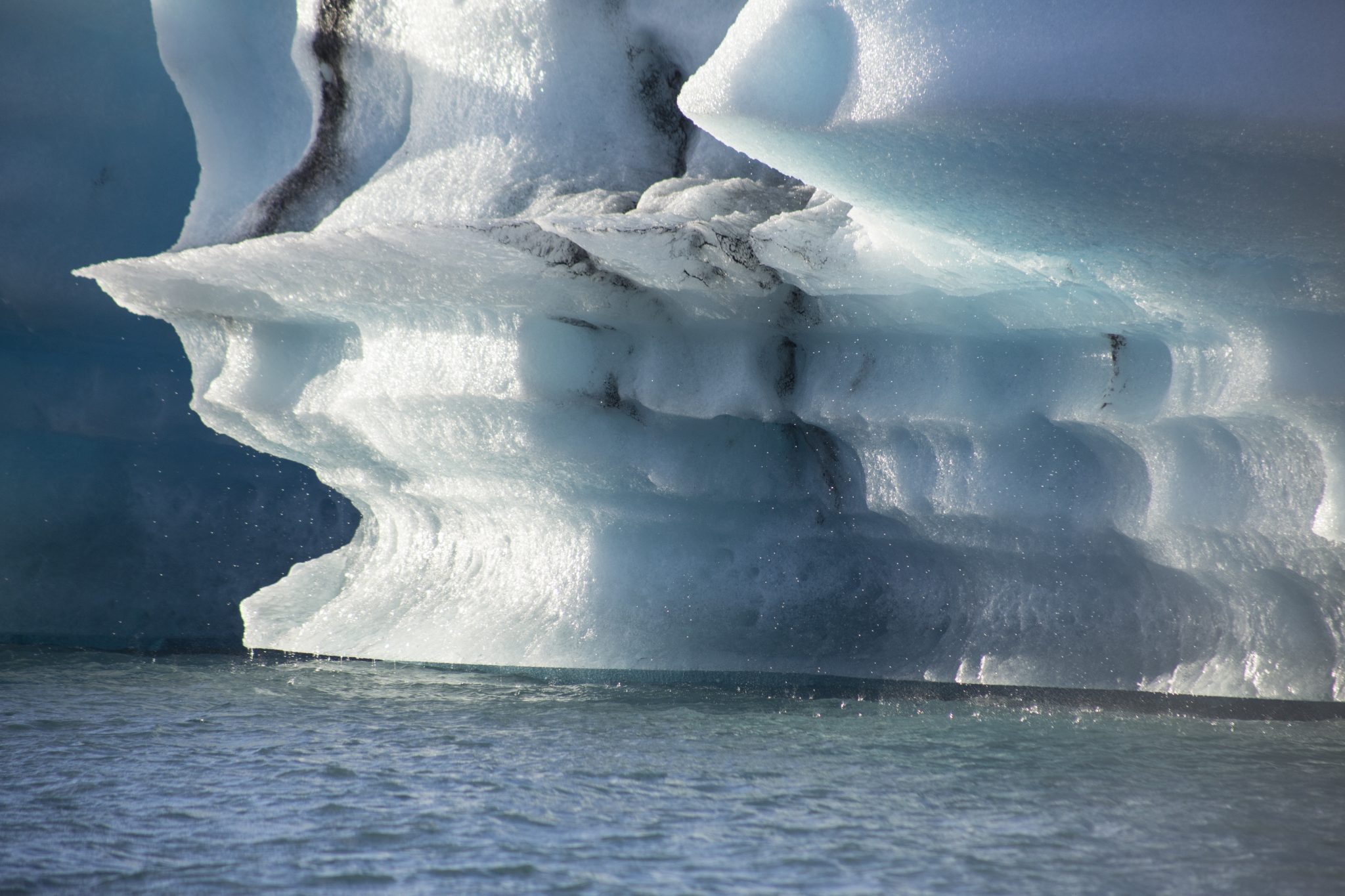